"Carpus" is a wrist xray, a gift to the surgeon who digs glass out of knuckles etc.  "Coronal View" is the interior of a heart, a gift to my husband, a cardiologist.  "Left Fundus" is the back third of the eyeball.  "Membraneous Labyrinth" is the interior of an ear.  It also calls to mind certain sea creatures.  "Ovum" could be something one might see through a telescope though it is actually through a microscope.  "Retinal Neurons" is a graph of eye function, complete with rod and cone granules (light would enter from the top).  "Neck Dissection" was made for the surgeon, and friend, who operated on my neck.  "Hair" is a follicle folly. 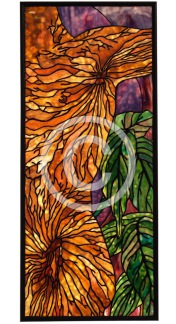 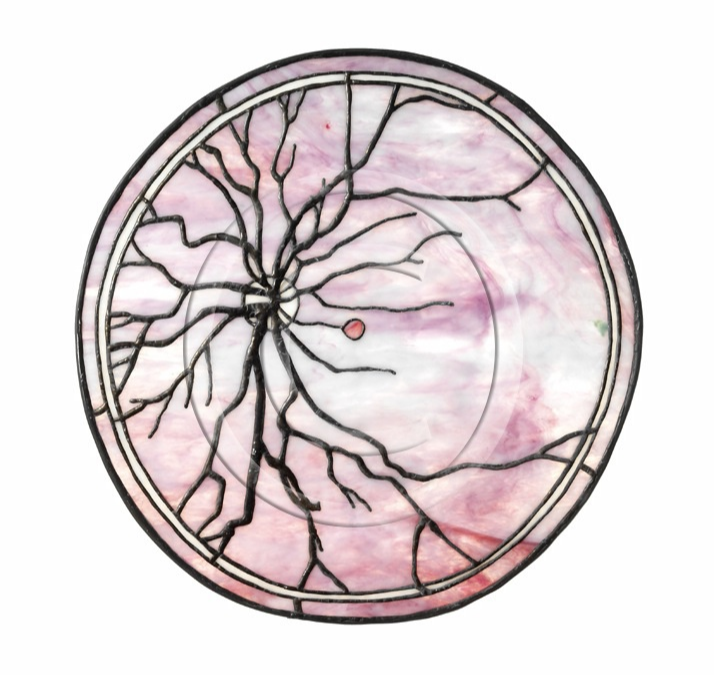 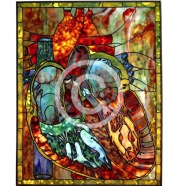 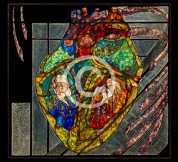 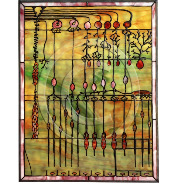 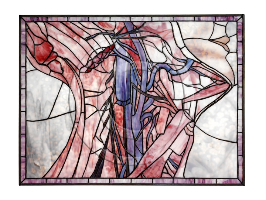 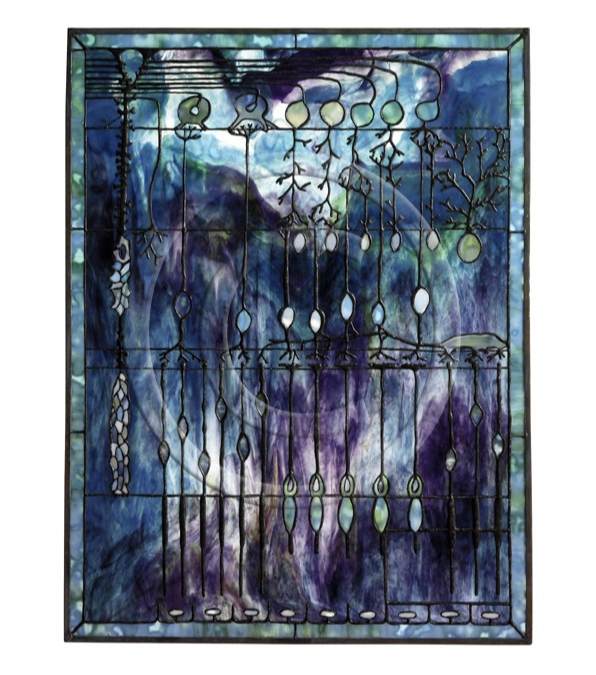 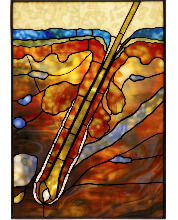 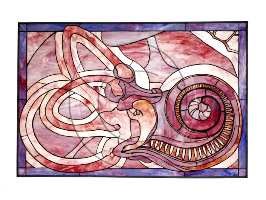 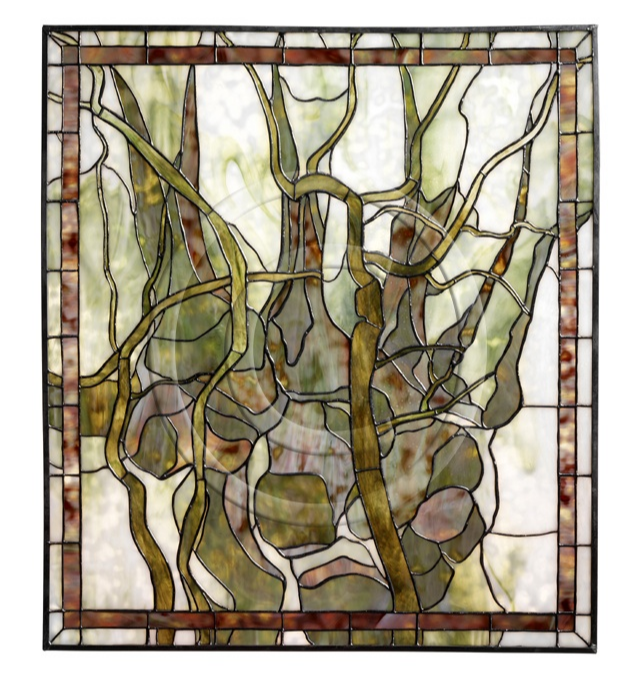 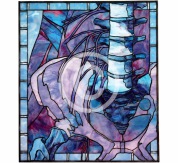 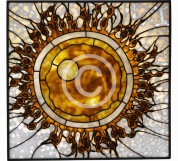 These windows are part of the Anatomical series of windows, but are all devoted to the lung.  The first, "Mixed-Dust Fibrosis", is a lung disease (through the microscope).  "Airways" is a lung turned on its side to show the remarkable resemblance to our Live Oak trees.  The next two are lung airway cross-sections. The last two are devoted to cigarettes. 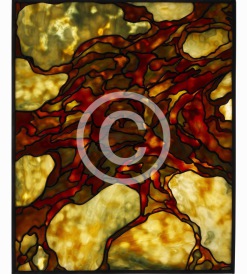 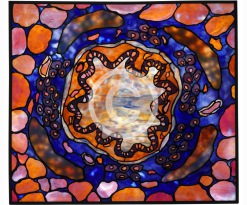 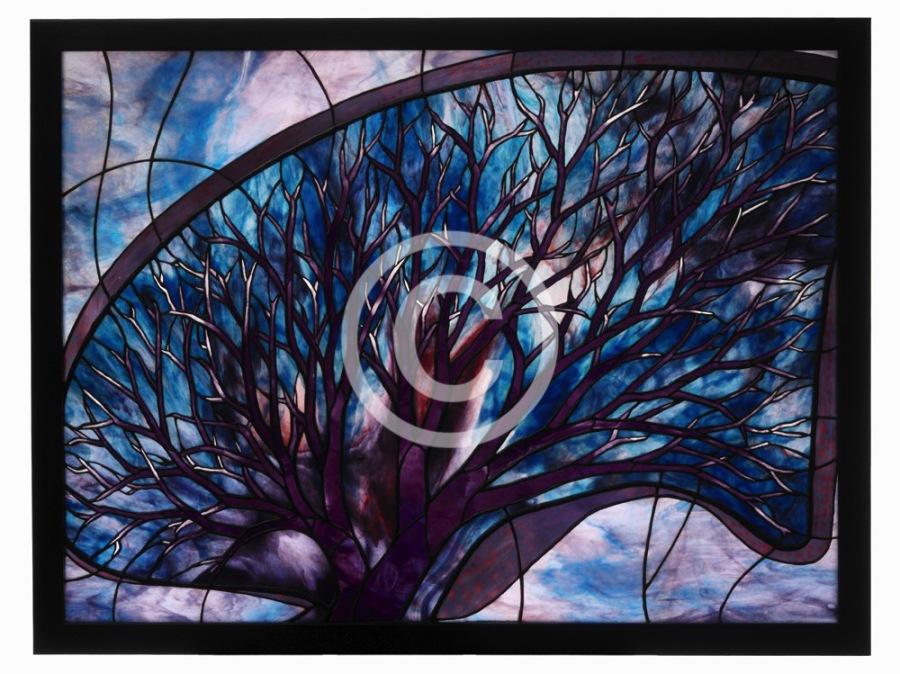 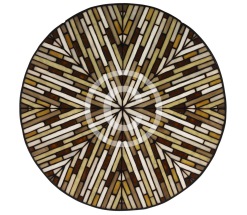 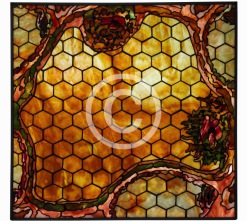 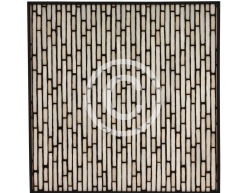 These windows are part of the Anatomical series of windows, but are all devoted to bone marrow aspiration slides.  The suggestion to look into these, and the inspiration for them, comes from a favorite person who works in oncology.  The four windows depict (1) Myeloma, (2) Erythroid Hyperplasia, (3) Histoplasmosis, and (4) a Fat Cell. 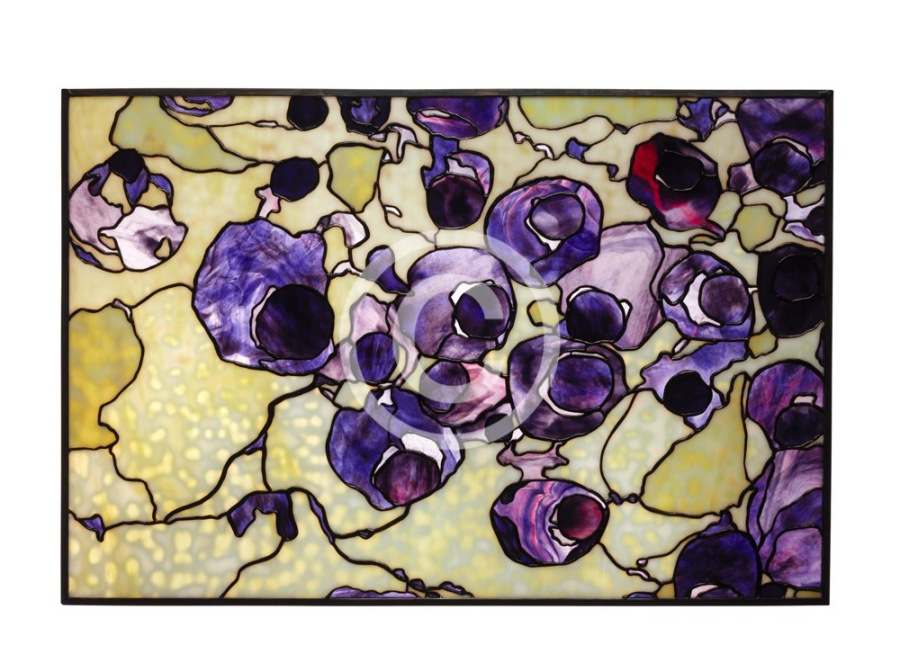 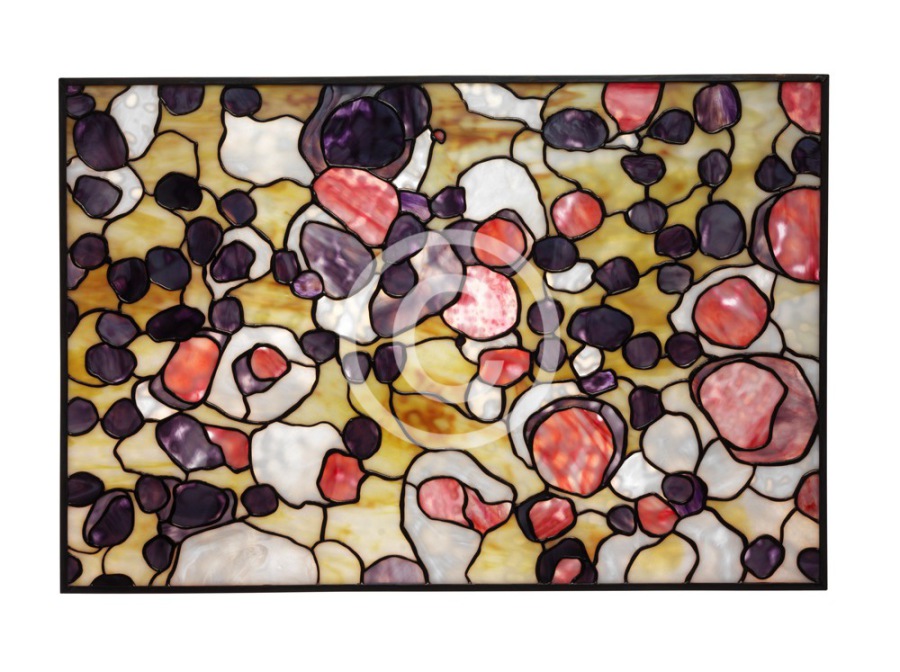 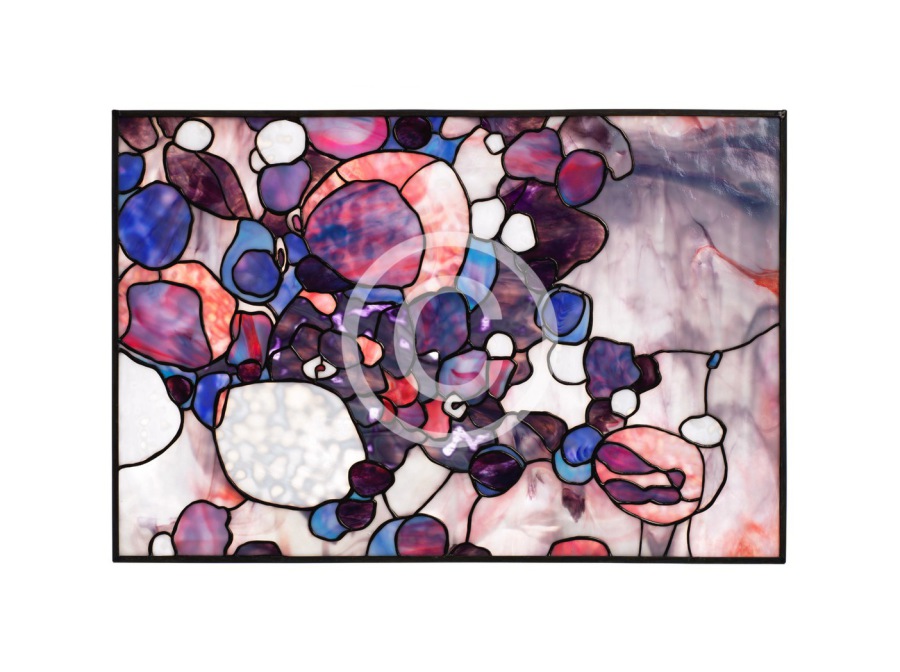 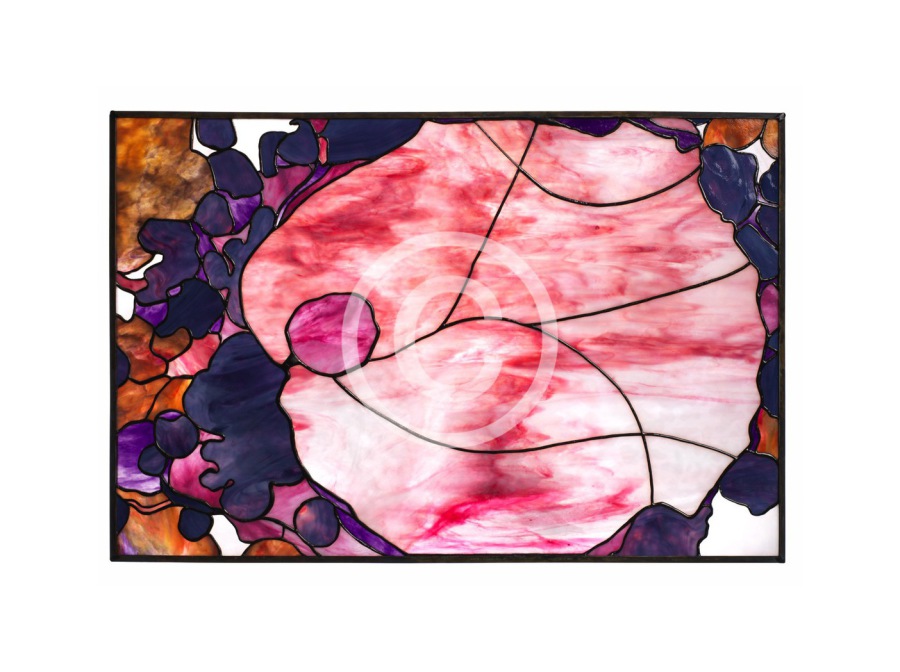 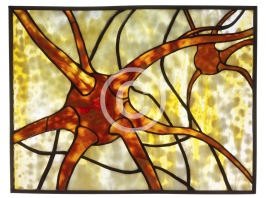 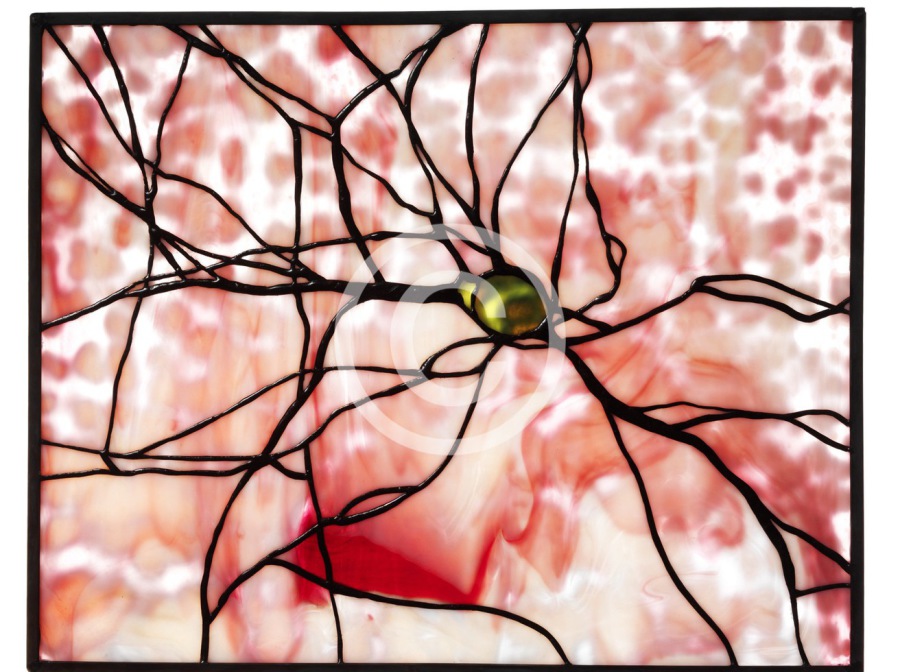 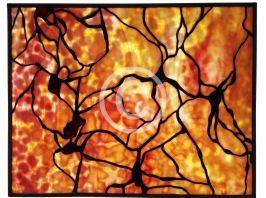 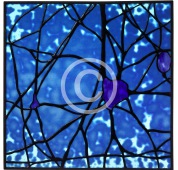 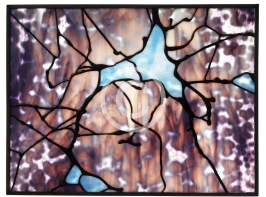 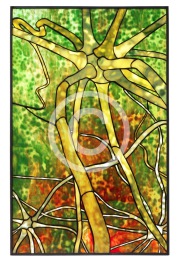